Trans Ban Trumped, A Hollywood Hottie Steps Out and Why the Chick fil-A Crossed the Road 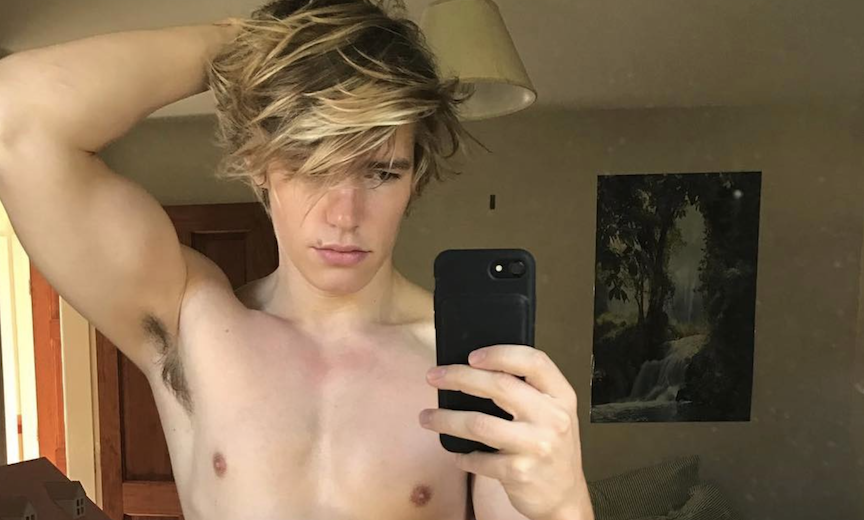 The Donald is out standing in his own field without support for his trans ban, a Ray Donovan actor comes out, and The New Yorker goes on a Chick-n Run.

If the current occupant of the Oval Office is looking for friends who oppose LGBT rights, he’s going to have to spend more time with Mike Pence, because the judiciary is giving his trans ban a big thumbs down.

A federal judge has thrown a roadblock into the latest version of the new directive, with one simple declamatory sentence: “The court is not persuaded.”

The judge’s ruling marks the latest legal pushback since 45 surprised those inside and outside the government and the military last July by tweeting that transgender volunteers would be excluded from military service “in any capacity.” Once it became clear that the courts were unlikely to ever provide legal cover for the discriminatory policy, the administration issued a barely disguised rewrite last month — a document identical in intent, although different in nuance.

Under the new directive, those transgender Americans evincing “a history or diagnosis of gender dysphoria,” as well as those seeking surgery, medication, or other treatment are exempt from serving in the Armed Forces, “except under certain limited circumstances.” Both OutServe-SLDN and Lambda Legal went to court on behalf of nine plaintiffs to halt the new policy from taking effect.

From the bench last week, U.S. District Court Judge Marsha Pechman told both parties that the revised ban didn’t appear any different from the previous directive, and dismissed a motion from the Justice Department to toss the case out.

Pechman also wrote this: “Requiring transgender people to serve in their ’biological sex’ does not constitute ’open’ service in any meaningful way, and cannot reasonably be considered an ’exception’ to the ban.’” She added that as it’s written, the new ban “would force transgender service members to suppress the very characteristic that defines them as transgender in the first place.”

Ray Donovan’s Zander Hodgson, a British actor and model has come out on his YouTube channel. It’s a humble and charming “Welcome to me” posting in which he states his truth matter-of-factly and says, “I wanted to tell everyone that I am gay, and although that doesn’t change anything for me, and hopefully not for you, I just thought it was a really important thing to share with everyone.”

As he sees it, “sexuality is a small part of someone, if you shut it off, then you don’t allow yourself to be fully known. If you shut off one thing of yourself, then you shut off so many other things.”

It’s a bit long, but then … you get to look at Zander Hodgson. So we’re posting it here.

According to an essay in The New Yorker that has conservatives clucking in fury, Chick fil-A has taken Gotham by storm — despite the fact that its behind-the-scenes politics have more in common with 1950s Mississippi than a 21st century Metropolis.

The essay, by Dan Piepenbring, says the now the chicken chain of the religious right has four restaurants in the city proper and sells (according to store estimates) “a sandwich every six seconds.” The lines are long, the food flies furiously from grease pit to gullet all day every day — except for Sundays, when the proprietors close the doors to provide time for their family-oriented employees to enjoy fellowship time with their communities and Christian creator.

“Even the air smelled fried,” the writer opines. He then launches into a tirade against the chain, noting that the Chick fil-A headquarters in Atlanta “are adorned with Bible verses and a statue of Jesus washing a disciple’s feet.”

But it’s not the writer’s perspective that damns Chick fil-A in the minds of many in the LGBT community. It’s the company’s cash dump into the coffers of homophobic hate groups like Exodus International (ex-gay therapy), Focus on the Family and the Family Research Council. Dan Cathy, the CEO of Chick fil-A has been funneling money into anti-gay causes for years, including those who stood in the way of marriage equality and the end of Don’t Ask, Don’t Tell. When the chain’s all-in endorsement of the “sanctity of marriage remaining a sacrament between one man ane one woman” came to light, Cathy doubled down in words that Piepenbring quotes verbatim: “We’re inviting God’s judgment on our nation, when we shake our fist at Him and say, ‘We know better than you as to what constitutes a marriage.”

It’s no suprise that the right would take this piece and decide that the writer’s problem is with the CEO’s religion and not with his support of hate groups. As John Sweeney bitterly responded in The Federalist, “Dan, like so many progressive writers before him, continues to search for controversy in Chick-fil-A’s Christian message. They are collectively becoming the boy who cried bigot. The owner, brace yourselves for this one, supports the traditional Christian definition of marriage. Oh the horror. Somehow this makes eating at Chick-fil-A an act of bigotry. Never mind the fact that each restaurant boasts more images of cows than crucifixes.”

How do you feel, fellow Metrosourcerer? Yes, Chick fil-A serves a dandy-tart diet lemonade. And sure, if you get the nuggets when they’re fresh, it’s paradise on the palate. But do we boycott them because they’d eradicate us if they could, and disenfranchise us if they can? Or do we waffle, like their fries? 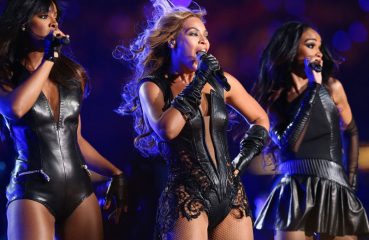 The Aftermath of “BeyChella,” China Loosens Up and . . . Historic Hookup Sites?

Okay, so Beyoncé broke the internet…again. But her off-the-chain appearance at Coachella wasn’t all people were talking about this weekend. Here’s the 411.... 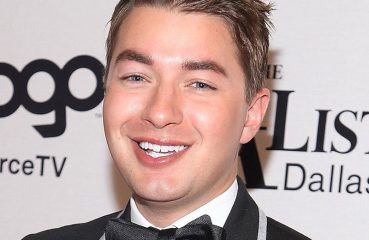 Not only does Tom Daley fill out a speedo well, he’s apparently got a future in foreign policy. Plus, are you ready for 45 in the flesh? And another gay pastor caught en...