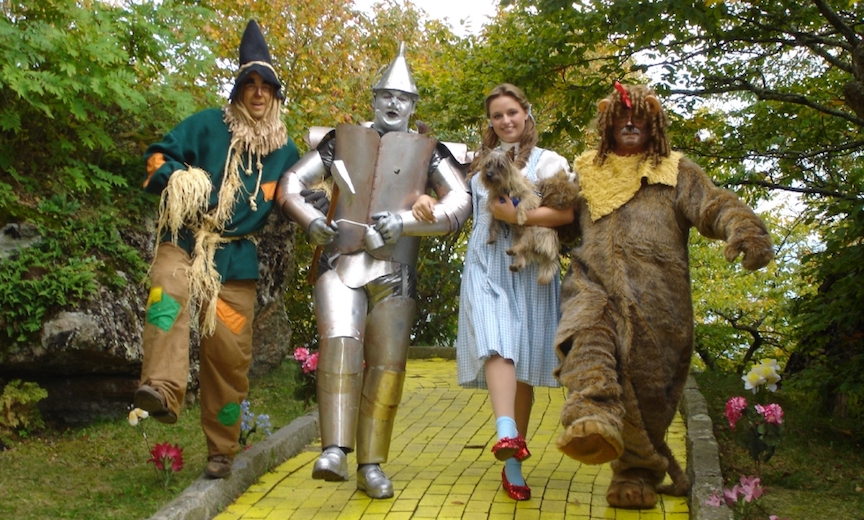 Whether you’re off to see a Wizard, out to set a record, or got the moves like Jagger, we’ve got all the news you can use this Monday.

To quote Dorothy Gale, “It really was no miracle; what happened was just this:” A North Carolina theme park based on The Wizard of Oz will be opening its doors again for a mere six days in June. According to the park’s website, guides will also conduct hour-long tours every Friday, as well as the last Saturday of the month.


The tours are billed as completely interactive, with visitors encouraged to take on the fabled characters as they make their way from Munchkinland to the heart of Oz. “With Dorothy as your guide,” they say, “you will skip down the yellow brick road through the magical Land of Oz. You or other members in your group are randomly selected to play the characters of the Scarecrow, Tin Man, Lion, Witch and Glinda. This is a completely immersive interactive experience.”

The park has only been open intermittently since the 1980s but Land of Oz opened to much fanfare in 1970 and with it came great expectations that the park would be a resounding success, considering that crowds had been primed for three generations to stroll through attractions based on the sets from the 1939 screen classic starring a very young Judy Garland.

The park attracted some 400,000 visitors its first season, but customers took to stealing yellow bricks from among the 44,000 initially installed; the Emerald City was destroyed by arson in 1975, and by then a national gas shortage caused park visitors to dwindle to a trickle. Still, say park officials, the park is not “abandoned.” It’s simply been suspended, like a Tin Woodsman caught in a sudden cloudburst.

Would You Tap That

Check Gus Kenworthy’s itinerary, and you’ll find that he and fellow Olympian Adam Rippon seem to have divided the planet up between themselves. While Kenworthy was busy last weekend as Grand Marshall in the early Miami Gay Pride parade, Rippon will be squaring off on Dancing With the Stars opposite none other than Tonya Harding.

Harding was of course both the subject of a recent big screen docudrama and a real-life intended hobbling of her Olympic skating opponent, Nancy Kerrigan, at the 1994 Winter Olympics.

According to US Weekly, Rippon and Harding are part of an all-athletes season of Dancing with the Stars, also set to include Olympic snowboard competitor Jamie Anderson. Good Morning America is set to announce the rest of the cast this Friday.

Out of the Pool

Robert Páez, the diver who represented Venezuela in the 2012 and 2016 Summer Olympics, has came out as gay in an essay written for OutSports.

The 23-year old Olympian writes, “I believe that I was born gay. . . As I got older, I became more aware of it, and as I grew — like with so many others — it became my great dilemma. It was a source of worry that I was interested in things like dancing and fashion, things that in my culture were for women and gays. I shied away from doing many things. I was at times ashamed to go out into society, to face who I really was.”

Some find themselves at odds with the religious instructions of their youth once they come to accept their same-sex attractions. Not Páez. He writes that he believes he is gay “because God created me and he wanted it that way.” 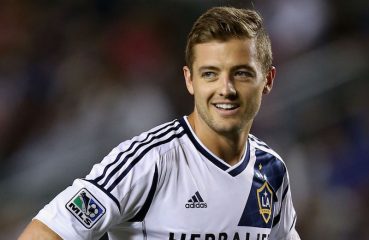 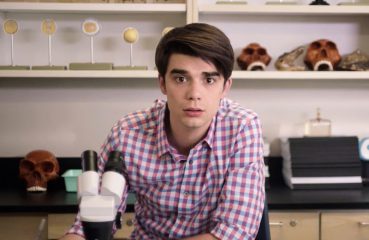 It seems like no one loves Love, Simon like Netflix. Plus, Prince Harry makes a noble royal gesture, and Chewy’s new copilot is a hottie. Love Wins After the water had been...