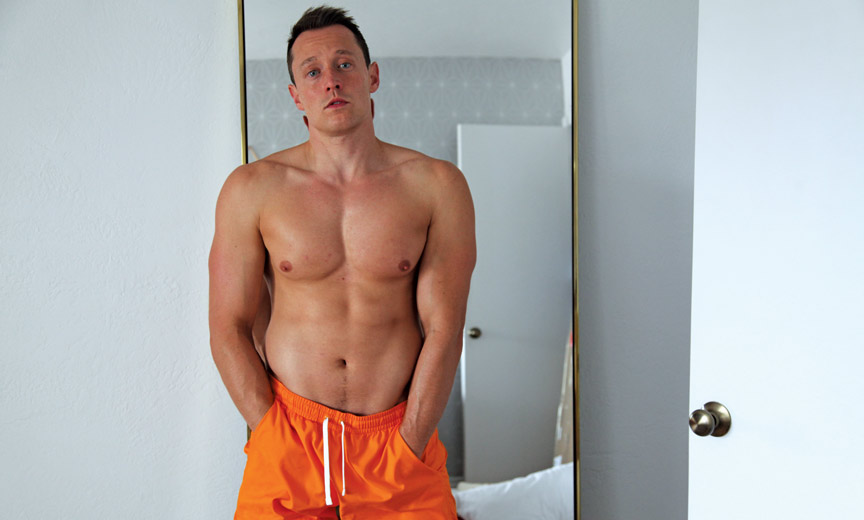 If you’re gay and online, avoiding Davey Wavey is like avoiding the weather: Sooner or later, you’re going to get wet. At the moment, he presides over a million-plus subscribers from more than 150 countries who have seen his YouTube videos more than 300 million times. Add to that another 662,000 Facebook followers and an additional 314,000 fans who keep up with his exploits on Instagram.

And they’re ravenous. Chatrooms lit up with soap opera curiosity in 2015 when he sold his LA apartment. How much did it cost? What does it mean for his boyfriend? Fans hang on every word, and his relationship with them is symbiotic. In him, they see an idealized version of themselves and Wavey, the marketing manager-turned-internet influencer, never strays far from his boy next door roots.

For all the attention he gets and seeks, he betrays nary a hint of celebrity attitude. A description that better fits him is evangelical. He is an unapologetic zealot for more mindful and connected encounters between men, which he believes will in turn foster a more loving, more inclusive community of gay brethren.

His New England preppy good looks and rigorous fitness regimen haven’t hurt his cause. Wavey (who does not use his birth name online) grew up in Rhode Island in a conservative Catholic family. He still splits his time between there and Palm Springs, although he says with a chuckle, “My family is no longer conservative or Catholic.”

Maybe one of the reasons Wavey is so comfortable in his own skin is that his earliest memories are entirely free of homophobia. “When I was young,” he recalls, “I thought that all the boys felt about other boys like I did. I would make out with my classmates. And it wasn’t until that ended in middle school that I realized no one was like me. There wasn’t any internet or YouTube then. And then I met a family friend who my Mom explained to me later had a husband. She said, ‘And that’s called being gay.’”


At 16, Wavey came out to his friends. A year later, he told his parents. “It wasn’t the greatest experience,” he says with a wince. “My mom sent me to our Catholic priest, and I remember thinking, ‘Oh, this is gonna end well.’ I gave my folks a few years to come around, and they did. I figured the only thing that could get them to change their point of view was their love for me. And that’s exactly what it took.”

At college, Wavey spent  time as a resident assistant — a garden-variety undergrad deputized as the dorm’s amateur authority figure and counselor. “I guess I’m a glutton for punishment,” he laughs. “I went from Catholic high school to a Catholic college as an RA. I saw a lot of incident reports about things the school didn’t like or want to recognize. Long story short, it awakened an interest in supporting people like me. I got hired as a marketing manager by an LGBTQ rights group called the Family Equality Council to create community, so I started making YouTube videos, not thinking it would mean much. And then my seventh video was about my masturbating neighbor, and suddenly that video had several million views.” 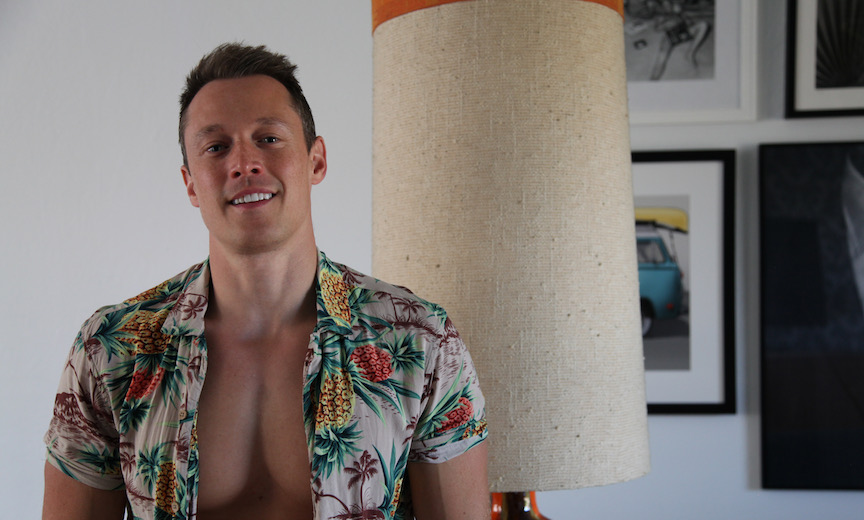 Knowledge is power, so they say, and Wavey knew he had washed ashore on some uncharted isle of the cyberverse. “Honestly,” he admits, “I had a moment thinking to myself that I didn’t want any of this: seeing my life exposed online and having people comment on it. I was really put off by the whole idea. But I very quickly realized it was also an opportunity, if not a responsibility, to help other people like me. Shortly after that, Google bought YouTube and started monetizing content, and it became my full time job.”

Unlike many of his contemporaries — straight or LGBTQ — Wavey says he’s never pursued fame as an end unto itself. Instead, he says, “I’ve always created content about things I’m passionate about. Since I started at 23 years old, I’ve been driven by my passions and created videos about coming out and self-acceptance. That’s what my journey has been. And the stuff I’m interested in is different than a lot of what you see online. It’s honest and empowering at the same time.”

True, he’ll allow, the audience he’s amassed has provided a livelihood “in a world driven by metrics. But I don’t think about the numbers, because I don’t want to be some package in the world. It’s never been a numbers game for me, and if enough tune in that I can make a living, that’s great. I don’t want to fall into the trap of chasing likes and clicks. That doesn’t seem like a particularly healthy perspective.”

What some might consider a lack of killer instinct, others regard as integrity. “I was in WeHo for two years,” he says, “and one of the reasons I only lasted there as long as I did is that so many people there look at fame as the end goal. The people I look up to didn’t do what they did to be famous. They were doing something they’re passionate about. So I’ve never asked myself, ‘What can I do to be famous?’ It’s a very disempowered approach. Doing what it is I love and making people laugh and smile and maybe learn something? I think people tune in because of that.”

Since he doesn’t deal in celebrity gossip or post every time a hot button issue starts to trend, the question arises: What does Davey Wavey have in common with the superstars of social media?

“That’s the big question, right?” he says with a twinge of mischief in his voice. “I think about this all the time when I’m evaluating myself. ‘Are you a good witch or a bad witch? Are you using your power to help people or to build your brand? I really measure myself by the content. You know, I’m not entirely sure what confluence of talents makes an influencer. Maybe they can take a sexy picture; maybe they have a message worth delivering. Me, I’m decent at a number of things. I’m not great at editing, filming or marketing. But I think that I’m decent at all of them. So I wear a lot of hats.”

In 2017, he added to those responsibilities by launching HimerosTV.com, a website where Wavey gets to deliver his mantra of mindful exploration of intimacy between men.

The concept is meant to both expand and replace the template that the entertainment industry plants in the minds of almost every gay man: that sex is transactional. That people are archetypes meant to be used and discarded like products. That bringing 100 percent of who you are into your own sex life is something to fear.

Videos on the site turn that idea inside out. They include a man well into his 80s sharing a hot tub with men in their prime. A quadriplegic is shown having the time of his life, and viewers can choose from an assortment interracial and daddy/boy scenes. Subscribers will even find guided meditations (set to steamy visuals) on how to make even the most casual encounters into something beautiful that connects men to same-sex impulses that are as old as time. 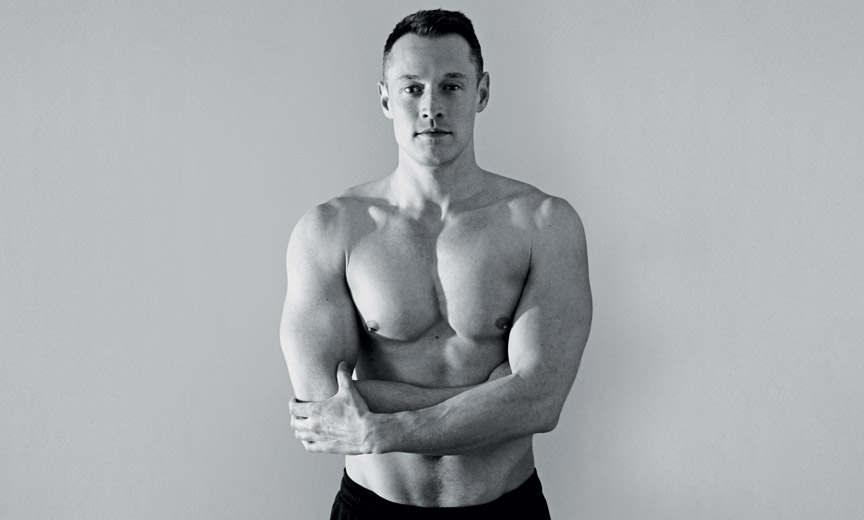 “It’s authentic and joyful, the way we portray men interacting,” he says. “And it resonates deeply with my own experience. What most people watch is certainly designed to get you off, which is fine. But as gay men, it’s also served as our sex education, so a lot of us try to emulate what we see on our screens in our bedrooms. Porn is very good at getting you off, but it does nothing to create intimacy or connection. All of these things are important to living your best life. So I wondered: ‘Can I use the same formula as my YouTube videos, and instead of goofiness and humor, can I package this so that we create content that is instructive rather than destructive?’”

Not being licensed in the field himself, Wavey partnered with tantric instructors, mental health experts and sexologists to create videos that enhance men’s experience of what’s possible. “So on our site, maybe the guy you see has a belly, or maybe he’s 83, or he might be in a wheelchair. We have our share of what the industry would call traditional guys on the site, too. But our community is so very siloed: young with young, older with older, and so forth. We’re trying to incorporate more of the range of guys we all experience in the real world, because they’re all hot in their own way. We want to open hearts and minds at the same time.”

Wavey believes that because we live in a youth-obsessed culture — especially when it comes to sex —  people forget that experience has its advantages. “We filmed a scene with three generations of gay men,” he says. “Younger guys and guys in their 50s, 60s and 70s. And you can see what happens. The older men were so in their bodies with sound and movement; really inhabiting the moment. Yet it’s the 20-somethings we tend to collectively celebrate, even though they’re just starting out.”

He’s careful not to call more generic erotica obsolete. “I think it’s a combination,” he muses, “but the apps we use have brought us to a place where sex is very transactional today. So I say, if you want to hook up, do it mindfully. Still connect with your partner in a way that’s real and present and intentional, not just mindless.”

Essentially, he says, “Our site is serving broccoli coated in something irresistible. And you can fool people into trying the good stuff. It’s a really good vehicle for pushing positive messages. We also host a deep-dive podcast, so it’s an opportunity to really have, like a gay dirty book club. We gather round and chat about it, like a bunch of queens. And we have a conversation which becomes very interactive. “

It’s an unusual calling for a boy who grew up conservative and Catholic, he’ll admit. But trying to enable men to reach out with their hearts and minds as well as their hands has given him a sense of purpose, as well as an opportunity to challenge his own imagination.

For the moment, that’s enough. “Ultimately, I’m not really worried whether people remember me or not,” says Wavey. “I hope people remember the message of what we’re doing. That they’re worthy, deserving and lovable. And sex can be an amazing vehicle for learning about life and the world around you.”