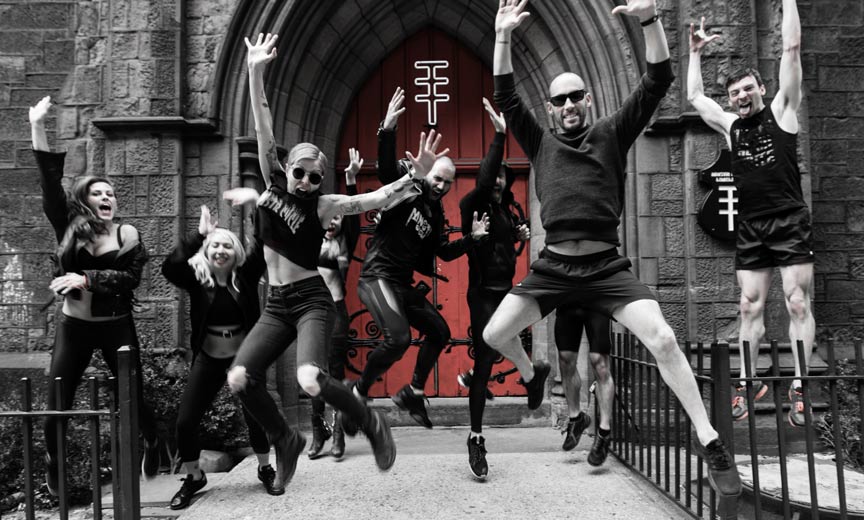 A new way to let it all hang out at Limelight.

Remember breaking a sweat to industrial techno at Limelight back in the 90s? Decades have passed since the gothic church served as a legendary Chelsea nightclub, but its current residents are giving hearts a new reason to race. Beyond those famed red doors lies MNSTR Cycle, a moodily lit, 41-seat spin studio as sexy as it is sporty. MNSTR’s daily schedule of 45-minute “video rides” provides amateurs, health nuts and EDM enthusiasts alike with a visually immersive cardio workout experience on par with any night out on the dance floor.

Founded by celebrated New York spin instructor Michael Macneal and his health-advocating husband Demetre Daskalakis, MNSTR Cycle fills a unique niche in the Manhattan fitness scene — an unpretentious sanctuary where riders are fully encouraged to let their freak flags fly. MNSTR staff don harnesses and collars as they lead guests into a dark room to “spin their sins away” under the instruction of a trained resident vee-jay. The sweaty aftermath would make Lady Gaga proud (appropriately, as its name pays homage to the dark-pop diva).

“After Born This Way was released in 2011, I created a playlist of Gaga videos and brought a projector to my classes,” Macneal says. “The response from my students was so overwhelming that seats would fill up weeks in advance. That’s when we decided it was time to blow this thing out and open our own video-focused cycling studio.” MNSTR Cycle’s new Limelight location serves as an expansion to the brand’s flagship SoHo studio (182 Lafayette St.), which has been “stealing souls” since 2015. Today, both locations offer a devilish variety of dance music-infused spin classes ($33 for drop-ins), from pop to heavier “Metal Monday” and “Emo Night” theme rides. 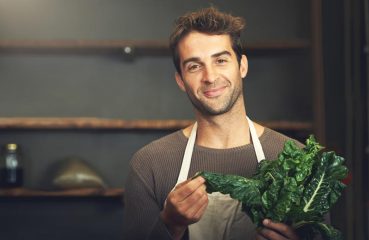 Nutrition can be a complex subject to begin with, but when living with HIV, there may be additional dietary concerns to keep yourself feeling healthy. We spoke to holistic health... 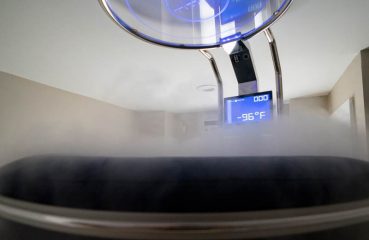 When Lisa Vanderpump and Yolanda Foster tried an intriguing, trendy wellness treatment on a recent episode of Real Housewives of Beverly Hills, we had to check it out for...