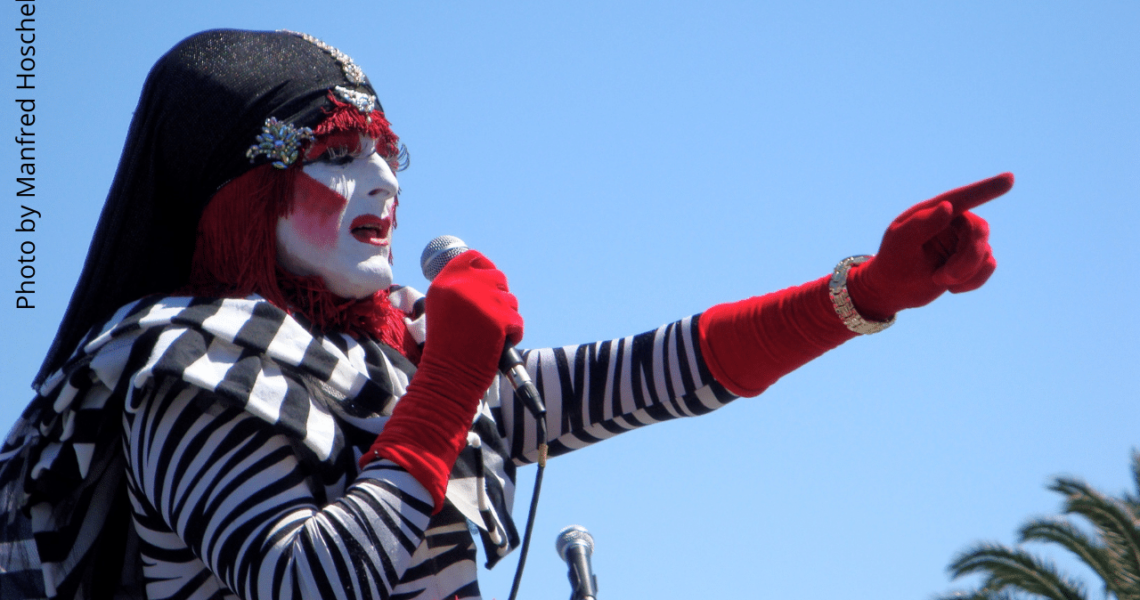 Kenneth Bunch (aka Sister Vish-Knew) is a man of many habits, and he’s been blowing minds for over half a century.

Picture it: Iowa City, 1973. Bunch donned psychedelic housewife garb and strutted proudly down the Midwest catwalk of his own making, causing “psychological car crashes” wherever he roamed.

Just three years later, Bunch and his friend applied for a marriage license, becoming the first in the state to ever advocate for a same-sex union.

“I mean, it was an outrageous idea at the time,” he tells the Des Moines Register.

Bunch twirled his sense of absurdity into a one-person movement, and it brought him from Cedar Rapids all the way to San Francisco. He borrowed nun outfits from an Iowan convent under the pretense that he was staging a revival of Sound of Music. In reality, he transformed the habits into prototypes for what would become the Sisters of Perpetual Indulgence.

“I came out of the closet and directly into drag,” Bunch narrates, characterizing his performance art as “creative, positive revenge on what the world had done to me.”

The Sisters became an unholy force of nature, defending transgender individuals against attack and distributing one of the first known safe-sex pamphlets as early as 1982.

Fast-forward to the queer and now.

San Francisco is (finally!) honoring Bunch with a street in his name… actually her name: Sister Vicious Power Hungry Bitch. But since that *might* not fit on the signs, they are opting for her nickname, Sister Vish-Knew.

“I wanted to soften my image up,” Bunch tells The Bay Area Reporter.

When asked which street she wished to lend her namesake, Sis Vish joked that she preferred a spot in the Tenderloin “frequented by lots of prostitutes and covered in lots of used condoms.”

No such luck! Instead, Sister Vish-Knew Way will be located in the Mission District between Landers and Dolores.

Perhaps there will be more “psychological car crashes” on Sister Vish-Knew Way. Or maybe – just maybe – it’ll be smooth sailing for once in our queer existence. Regardless of what’s to come, the commemoration is a celebration of what has already been a storied legacy filled with passion and activism. 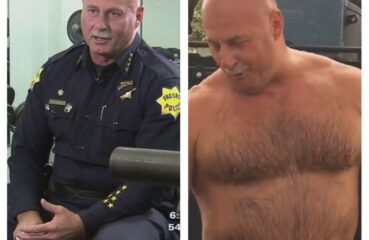 Throwback to the Future

Gosh bless the internet. When a simple split-screen image of a hawt uniformed stud popped up (boing!) on Twitter, it resulted in a tsunami of warmth that spread from our nether... 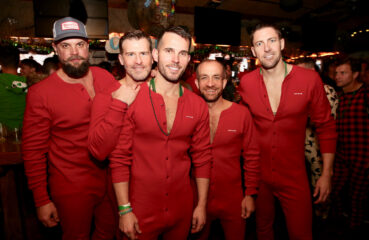 A Blizzard of Boots and Butts: LGBTQ Ski Getaways

What could be gayer than skiing? Think about it: you balance your backside on a stiff rod (teehee) with your partner perched on the other end, and once you get to the top of the...